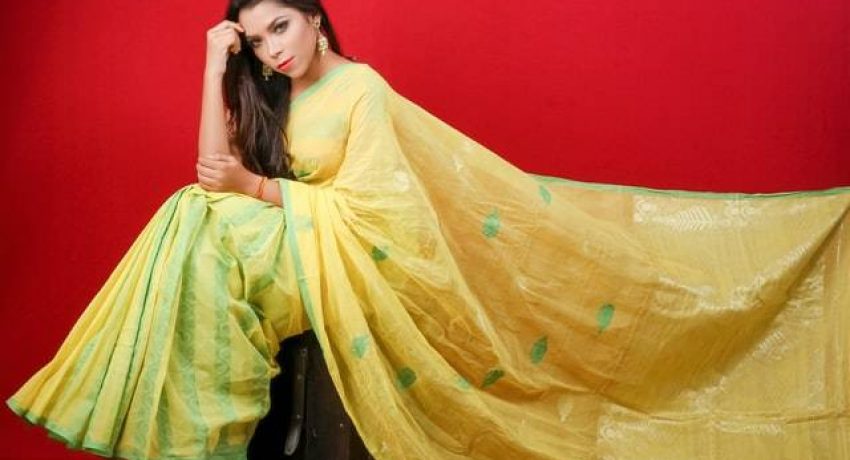 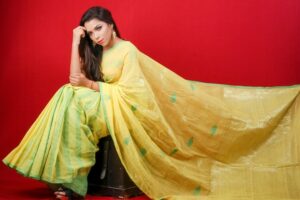 Saree- My chosen one !

I’d never worn a saree all 23 years of MY PRENUPTIAL PERIOD. But now, ‘two became one‘ after marriage (pun intended full-blast). Another FACT-CHECK: I took circles around the fire (pheras) with my chosen groom LATER and moved in circles with the saree FIRST (to wear my bridal attire). The sequence says a lot !

Draping the saree was one thing, but washing it was another- Level up! Luckily though, only on days the laundry helper didn’t show up. And mind you, this was no ordinary piece of cloth I’m talking about.

This was ‘the SAREE’ :  saree of the six-yard Indian fame, which when draped onto, turns Indian women or for that matter any woman, into a gorgeous diva.

But the challenge was: WASHING THAT DIVA ATTIRE; a good six yards in length. Diva-attires are gorgeous to sound but difficult to tame. The six-yards had to be rubbed with hands merely seven inches long, even at its best length. Washing machine- we had not. Not because it was 2002, location: India, but also because we believed that a man’s destiny lay in his own hands. Substitute man for woman, his for her. Let’s talk about the hands’ destiny now.

Oh saree! Why so long?

When I first-ever dipped the saree in a tub of diluted detergent, I could scarcely imagine that washing the saree would mean washing the entire length of it. I mean, how could one?? It was way too long. I thought, maybe I should rub just both the ends of the garment, or maybe just the perimeter or maybe just the dirty portions. But definitely, not the whole area. So much for my ignorance & so much for Math!

For a second or twenty-secondth time, I flashed SOS to my sister-in-law, a seasoned lady. I asked which lengths of the saree needed to be twisted for wash. She looked at my innocent/ignorant face (no idea, which adjective she preferred) and declared- ‘Whole! You need to wash the whole of it’.

I was stunned. I asked her if this was even possible. Even if the aftermath of the hands was ignored, how feasible was it to wash the flowy serpent, given the limited bathroom time. More so, because I was expected to wash it along with its accompaniments- the blouse & the inner skirt. And together, they were a lot, a huge lot!

But I did & learned over time, the way I learned many other things.

What next after saree ?

The fourth discovery I made after my matrimonial union was that it was not always vaastu or superstition at play when you don’t understand certain societal or familial norms. There can be reasons which may still baffle and bowl you over. Like this:

For dinners, the entire family would sit down together on clean floors with individual plates and seating mats. Of course, the elders & the male members would get to eat first. This was the norm which I was acquainted with, as I was used to the same even in my parents’ house. This is also something that exists still today in most Indian families.

But what surprised me was whenever I sat for the meal, I was asked to face in a certain direction and then eat. Furthermore, these directions changed by a few degrees left or right on most of the days.

My initial surmise for my positional oscillation was either vaastu or superstition. But what I had known all these years was that all four directions were static & therefore, the probability of vaastu playing a role was ruled out. Next, superstition was a subject I never traversed, forget excelling at and so I looked for other clues on why I was asked to eat facing different directions on different days.

I looked around to see if there were pictures of Gods hanging on the walls around the meal site, lest I may offend them. I shouldn’t be eating before offering anything to them first. But there was none. They were comfortably ensconced in the puja-room.

What it then was, I wondered. I kept nursing my curiosity for weeks until after I couldn’t hold it anymore and sought clarity from my sister-in-law. She said something I remember to this very day. She said, probably it was not right for me to eat with while facing my father-in-law & therefore, I was made to turn so as to not face him.

BAM !!! The dynamism in directions now made sense- Depending upon which side Dad faced, I had to change my seating direction. My seating direction was calculated directly proportional to his direction and it varied with his variance. Math was poking its nose again!!!😂

But a lot has changed since then! I don’t play coy or walk slow. Neither do I wear sarees now; so no covering head or washing sarees; I also own a washing-machine now if I had to wash one. I eat face-to face with even the elder/male family members. There is no problem now. But memories remain.

Memories lead me to conclude that: in India, commonly, bridology or daughter-in-lawlogy aka marriage from a woman’s point-of-view, is quite inclusive in nature. It holds in its amalgamated core, many other concepts like that of biomechanics, math, home science, psychology & others. For success with the degree, you need to ace them each- one & all!

Hail Lord! May the victory be yours Woman! Amen. 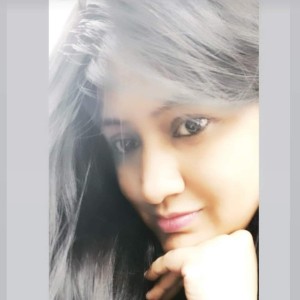